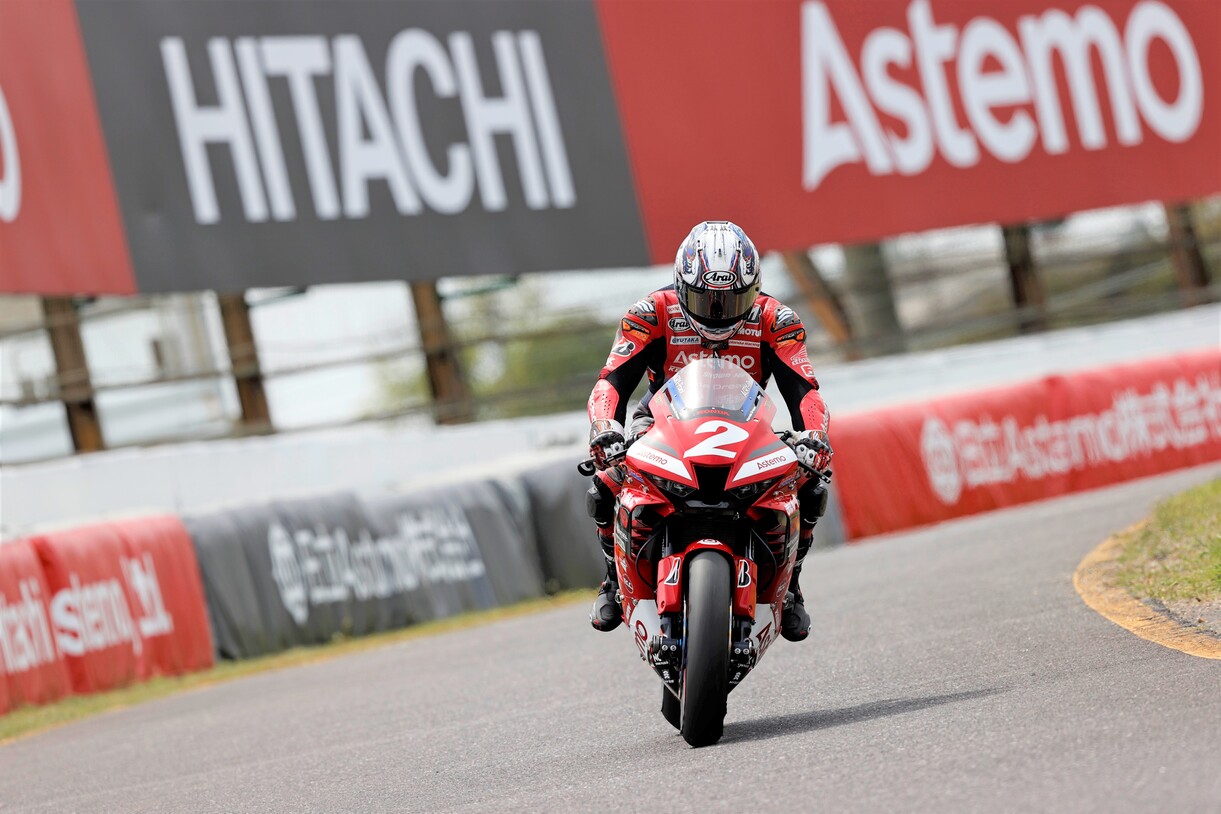 On April 24-25, the second round of the MFJ All Japan Road Race Championship, the “NGK Spark Plug Suzuka 2&4 Race”, was held at Suzuka Circuit. In both Race 1 and Race 2, Astemo Honda Dream SI Racing's Kiyonari took the holeshot from the start to lead the race. However, he was passed by Nakasuga (YAMAHA FACTORY RACING TEAM) towards the end of the race and finished in 2nd place in both races.
Astemo Honda Dream SI Racing finished Race 1 in 2nd place and thus qualifies for the 2021 FIM Endurance World Championship, the 43rd "Coca-Cola" Suzuka 8 Hours Endurance Race, in November.