Sakumoto takes his second win of the season with pole-to-win, Watanabe finishes on the podium in 3rd place!

On September 4-5, the MFJ All Japan Road Race Championship Round 6 was held at Okayama International Circuit.
In the ST1000 class, Sakumoto (No.3), who got his first pole position, showed an impressive performance in the final race, keeping his rivals at bay and scoring his second win of the season with pole-to-win. Watanabe (No.37) lost his position right after the start but drove tenaciously to finish on the podium in 3rd place. In the series ranking, Watanabe is in 1st place and Sakumoto in 2nd place, and the final round (September 18-19) will be a battle within the team for the series championship.
In the JSB1000 class, Kiyonari (No.2) showed a strong performance in the race and finished in 2nd place, earning a podium finish. 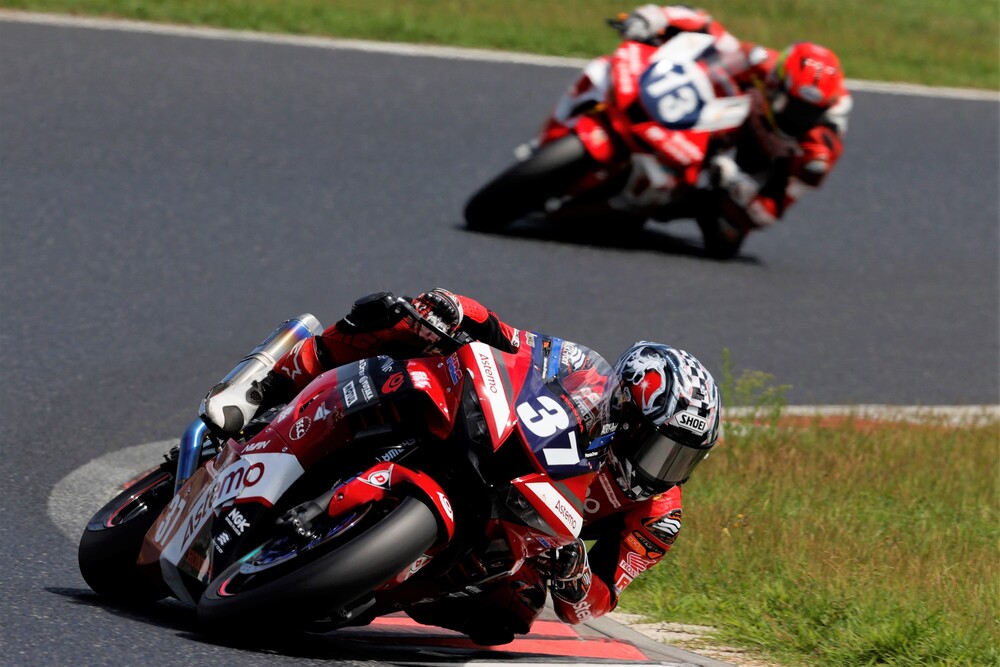