On November 27 - 28, round 8 of the 2021 SUPER GT series was held at Fuji Speedway (Shizuoka prefecture, Japan), which saw a series of unexpected turns.
For the final round of the season, about 100 Hitachi Astemo employees came out in support to cheer for the team, which was 3rd in overall standings.
With Astemo REAL RACING not being able to dial in the settings in the official practice and qualifying, the team started the race from 10th position. Driver Bertrand Baguette pushed hard from the starting line to gain on rival teams, but on the 4th lap his NSX-GT got caught in a three-car crash at the final corner, and had to retire from the race. We ultimately finished the 2021 series ranking in 5th place.
We sincerely thank you for your support in our first year of Astemo REAL RACING. 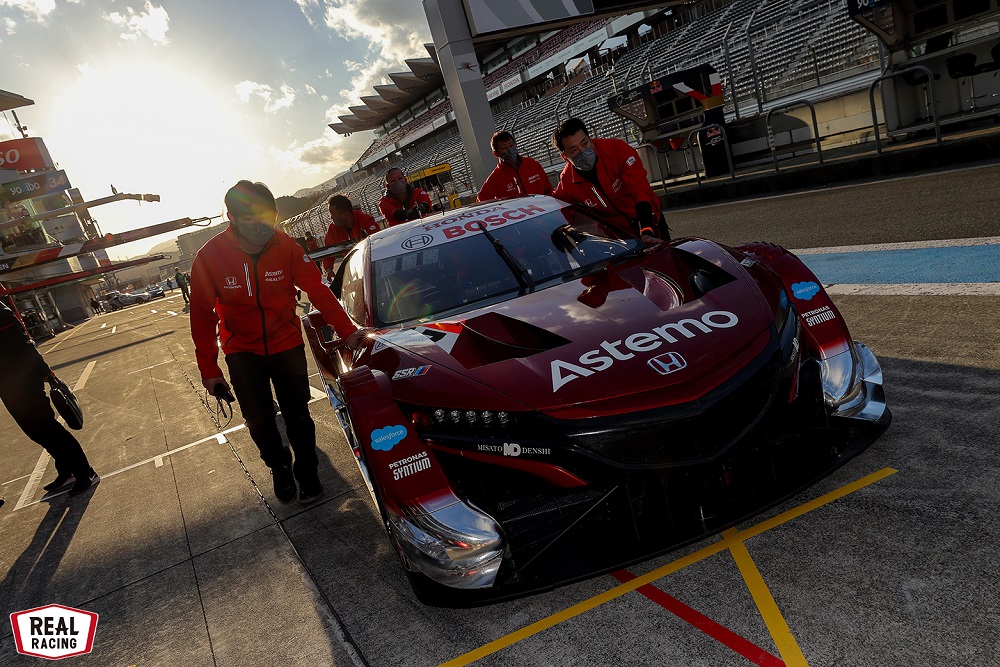