Team Penske is one of the most successful professional motorsports organizations in the world. Established in 1965 by Roger Penske, Team Penske competes in the NTT INDYCAR SERIES, NASCAR Cup Series and the World Endurance Championship. In the 56 years since the founding of the team, Team Penske has almost 600 victories, over 650 pole positions and 41 championships across open-wheel, stock car and sports car racing competition, making Team Penske one of the winningest teams in motorsports history. 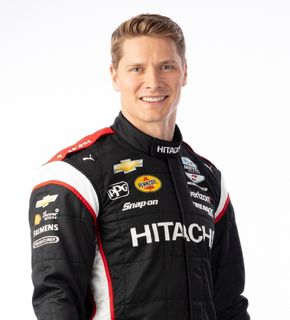 Josef Newgarden has won 17 races and two INDYCAR SERIES championships (2017 and 2019) in five years since joining Team Penske.
In addition, the 31-year-old American driver has recorded more wins since 2017 than any driver in the INDYCAR SERIES (17) and has produced top-five finishes in the championship standings for six seasons in a row.
Newgarden captured the series title in 2017, his first year with Team Penske, behind four wins and nine podium finishes. Through the 2021 season, Newgarden has brought his career numbers to 15 pole positions, 41 podium finishes and 20 wins.
In 2021, the INDYCAR SERIES was still significantly affected by COVID-19, and Newgarden raced the No. 2 car with Hitachi Team Penske, securing four pole positions, two wins and a second-place finish in the overall championship standings. The talented American driver will be looking for his third IndyCar title and first Indianapolis 500 win.