Information contained in this news release is current as of the date of the press announcement, but may be subject to change without prior notice.

TOKYO, Oct. 11, 2022 -- Josef Newgarden drove his No. 2 Hitachi Team Penske Chevrolet to a second-place finish in the final race of the 2022 NTT INDYCAR SERIES season at the Firestone Grand Prix of Monterey at Laguna Seca in California last month.

He charged from the 25th position in a 26-car field to finish second in the INDYCAR SERIES season finale. A two-time champion, Newgarden closed out the 2022 season in second place in the overall standings.

“I take great pride in the efforts of the entire three-car Team Penske INDYCAR team,” Newgarden says. “All of us are very close. Obviously, we compete individually on the racetrack, but we win as a team.”

“We’ve forged an outstanding partnership with Hitachi and Team Penske over the years,” notes Jim Campbell, General Motors vice president for Performance Vehicles and Motorsports. “The 2022 INDYCAR season was another successful one for Team Penske and especially for the No. 2 Hitachi Dallara/Chevrolet.”

“We congratulate Josef Newgarden and his Team Penske teammates on their exceptional performance during the 2022 season,” adds Rob Sharpe, senior vice president, sales & marketing, Hitachi Astemo Americas. “It’s been an exciting race season and we’ve been especially happy to continue our work with Chevrolet as part of its INDYCAR engine program.”

Sharpe noted that in addition to providing fuel-system components for the racetrack, Hitachi Astemo technology also supports the performance on passenger cars, motorcycles and trucks around the world. 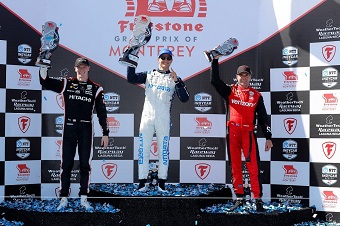 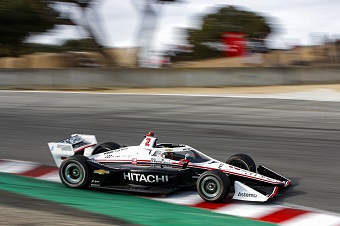 Hitachi Astemo is a global automotive technology company formed in 2021 by the merger of Hitachi Automotive Systems with Honda’s Keihin, Showa and Nissin Kogyo groups. Headquartered in Tokyo, the company has approximately 90,000 employees and leadership positions in a wide range of product areas including AD/ADAS, software and powertrain, as well as chassis and motorcycle systems.

Team Penske is one of the most successful teams in motorsports history with 18 Indianapolis 500 victories, three Daytona 500 Championships, a Formula 1 win and victories in the 24 Hours of Daytona, the 12 Hours of Sebring and the Bathurst 1000. Born in Hendersonville, Tennessee, Josef Newgarden lives in Nashville. More information is available at www.teampenske.com.

In order to read a PDF file, you need to have Adobe® Reader® installed in your computer.